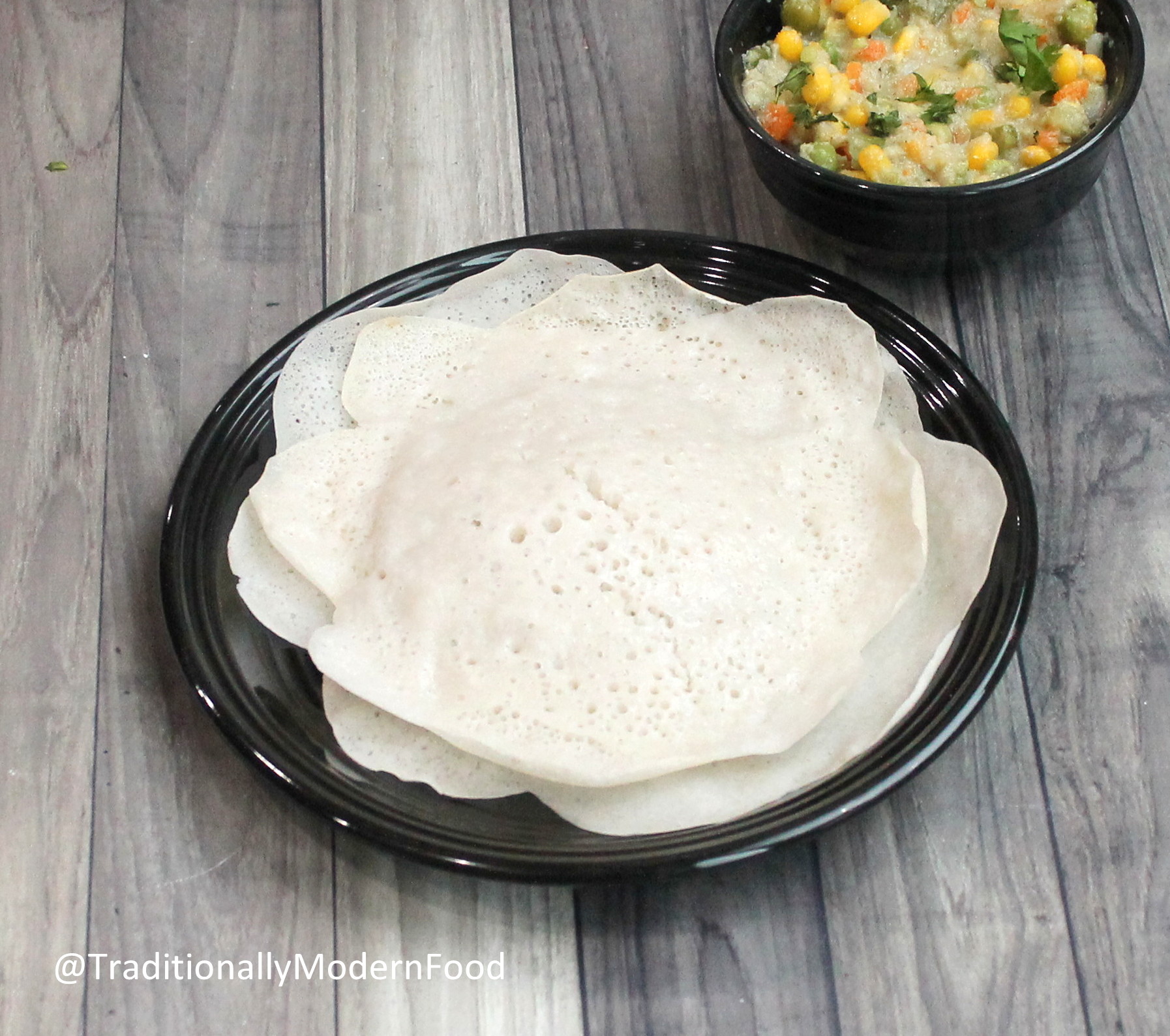 Many versions exist to make this Delicious Kerala breakfast. I have already posted a version with Appam with baking soda. This is yet another  version with coconut. Super soft appam without baking soda.  I am yet to try the yeast version. My neighbor makes it. I will try it soon and post it.

My aunt is from Kerala and she introduced lots of tatsy Kerala based dishes to my mom.
I have posted some of her special recipes like Thengai Aricha Kuzhambu, Varuthu Aricha Kuzhambu etc in TMF.  Yet to post more recipes 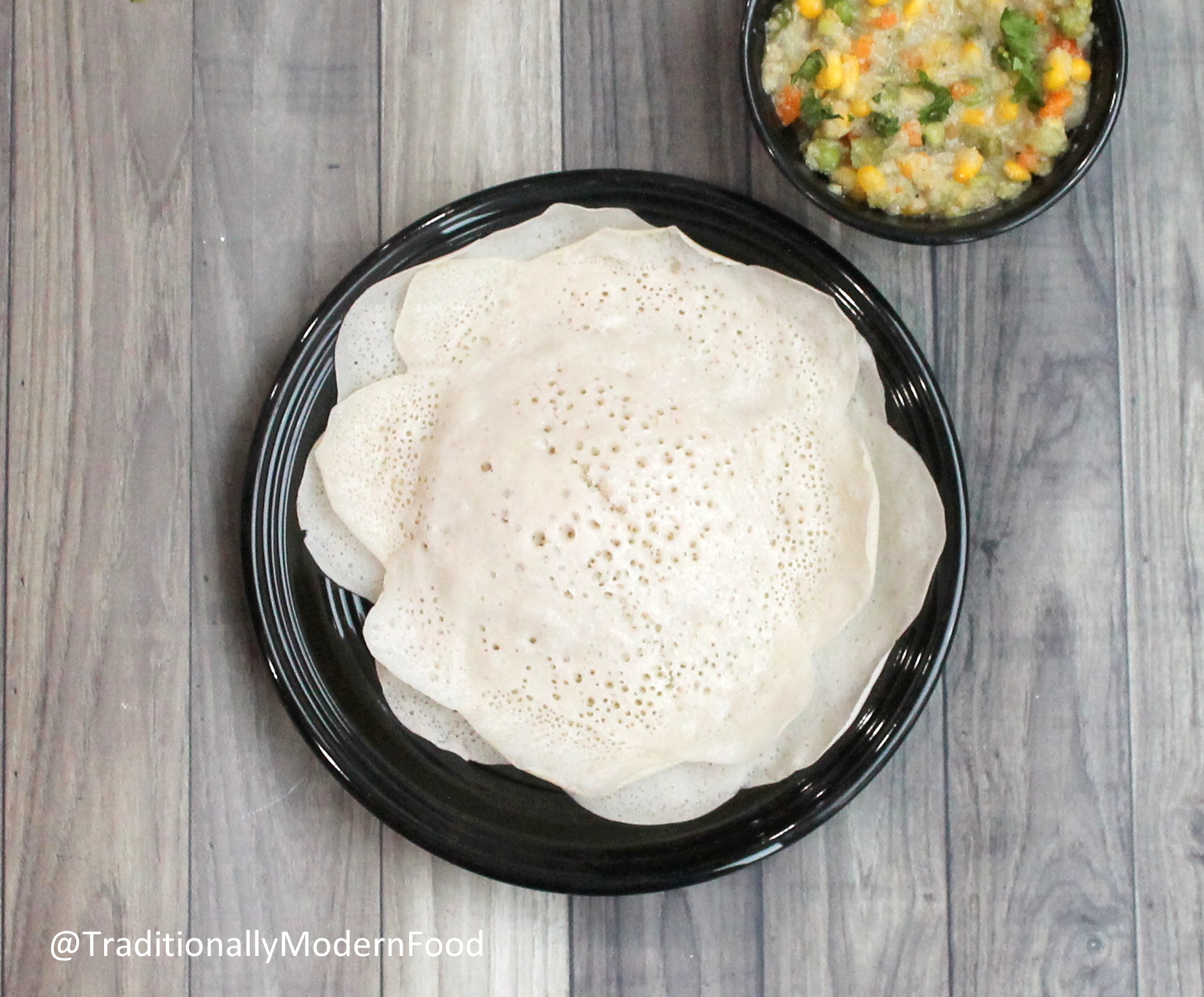 My son recently started going to school  and thinking of a balanced breakfast and lunch is one of my biggest concerns. In addition to Idli, dosai, Upma I have started including Appam as one of our weekday breakfast. When my sister came here for Diwali she reminded me that it hasn’t been posted into the blog yet.  With a Little one I couldn’t post actively – still trying to keep the momentum instead of giving a big break again.

Usually I make appam in regular shape but my mother-in-law learnt this from her neighbor and she taught me this technique. After seeing flower appam now a days my son asks for car, bus appam🤣

Thengai appam is so soft. Without worrying about addition of baking soda or yeast these appam can be given to kids. 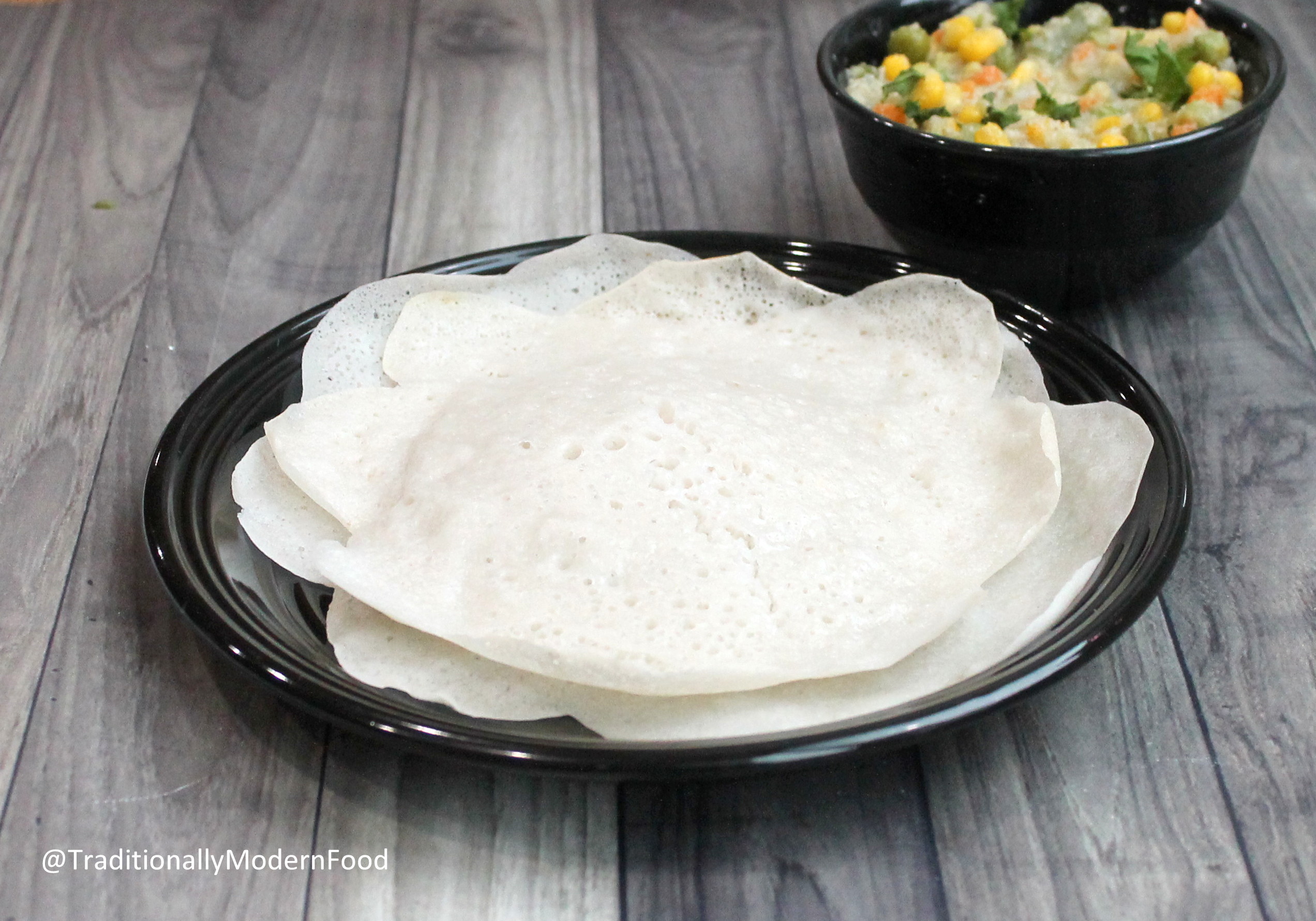 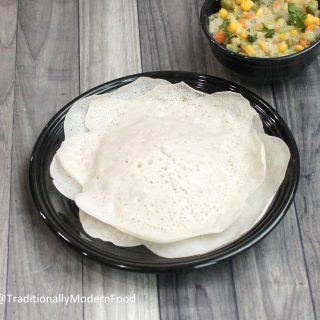 How to make Coconut Appam with step by step pictures: 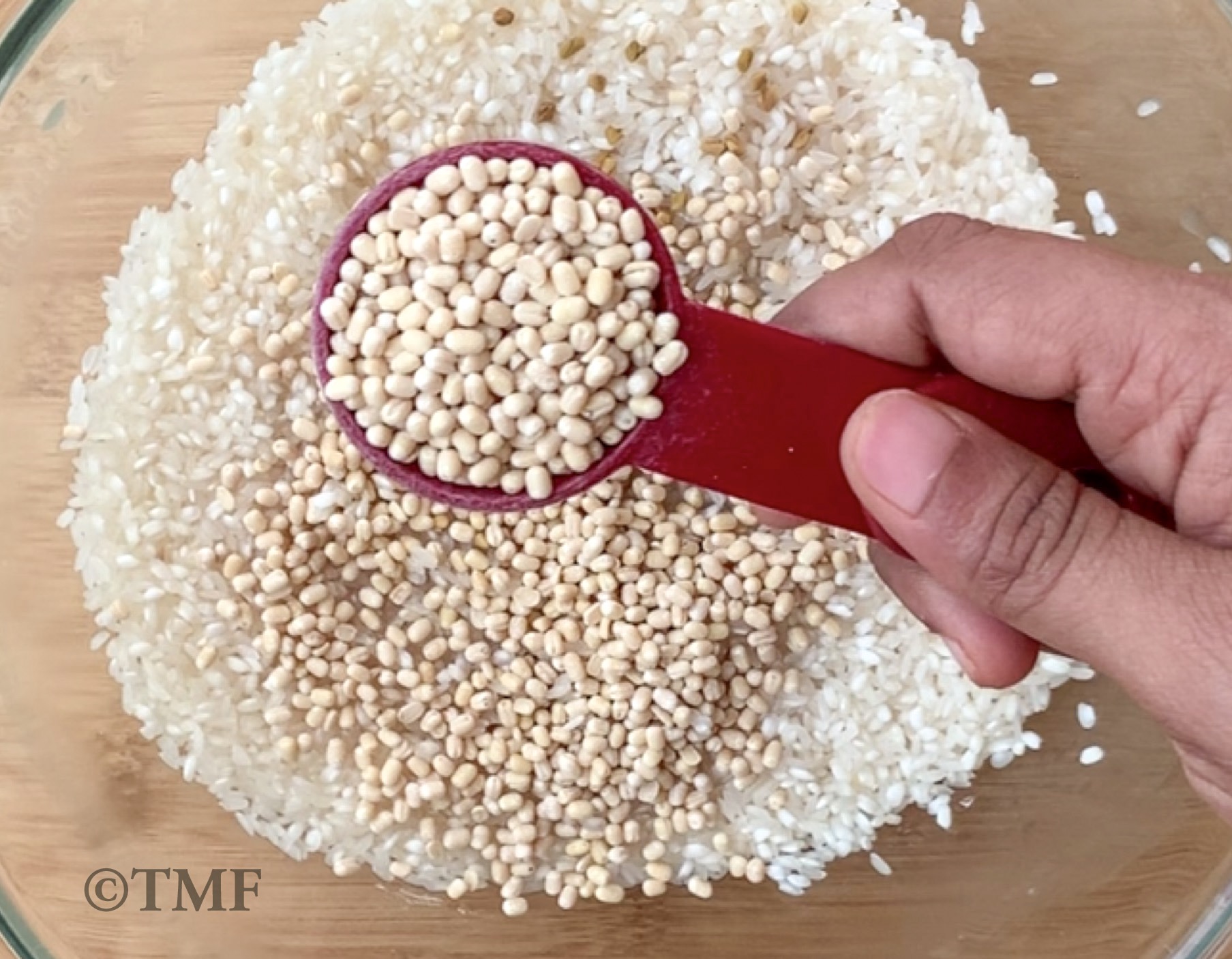 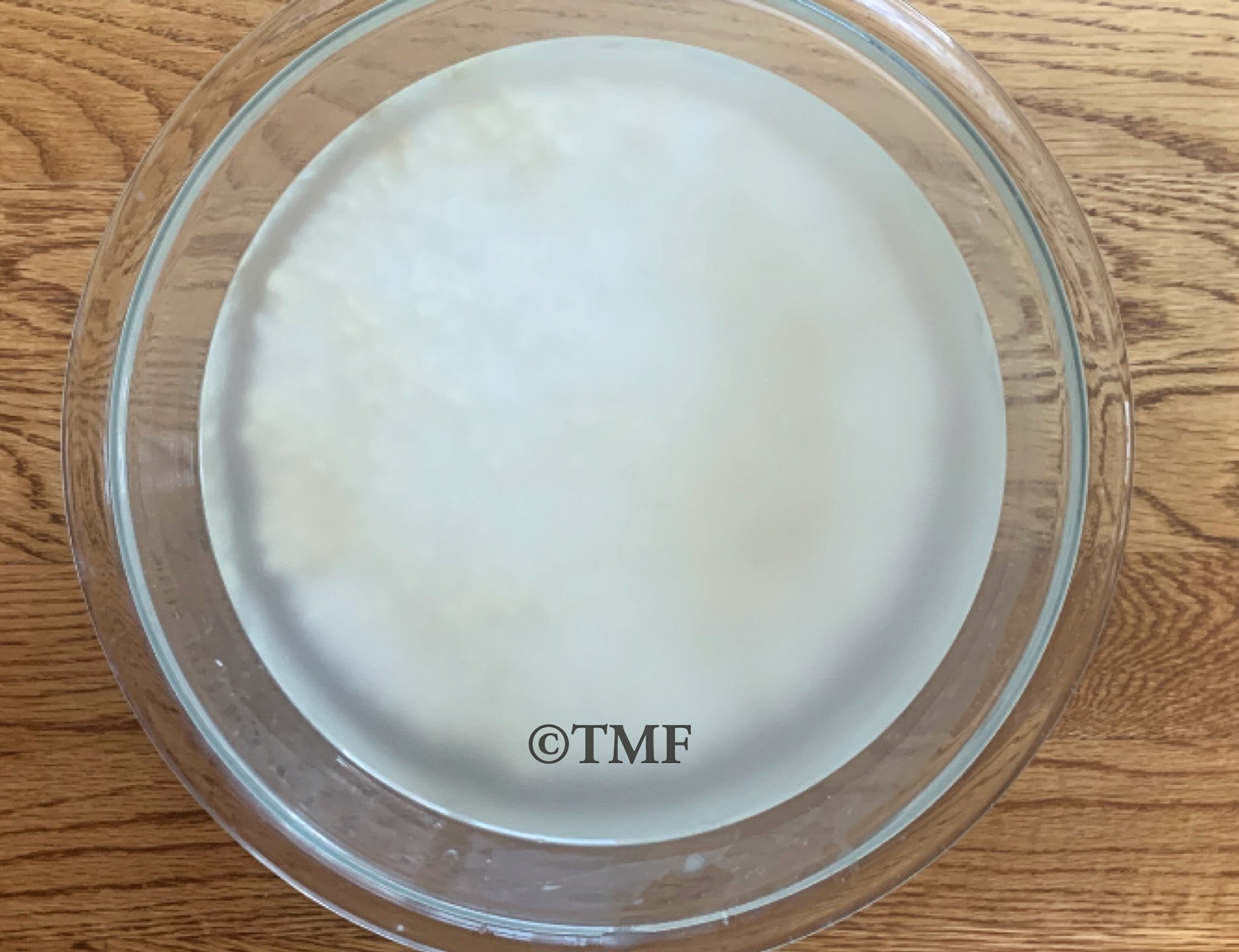 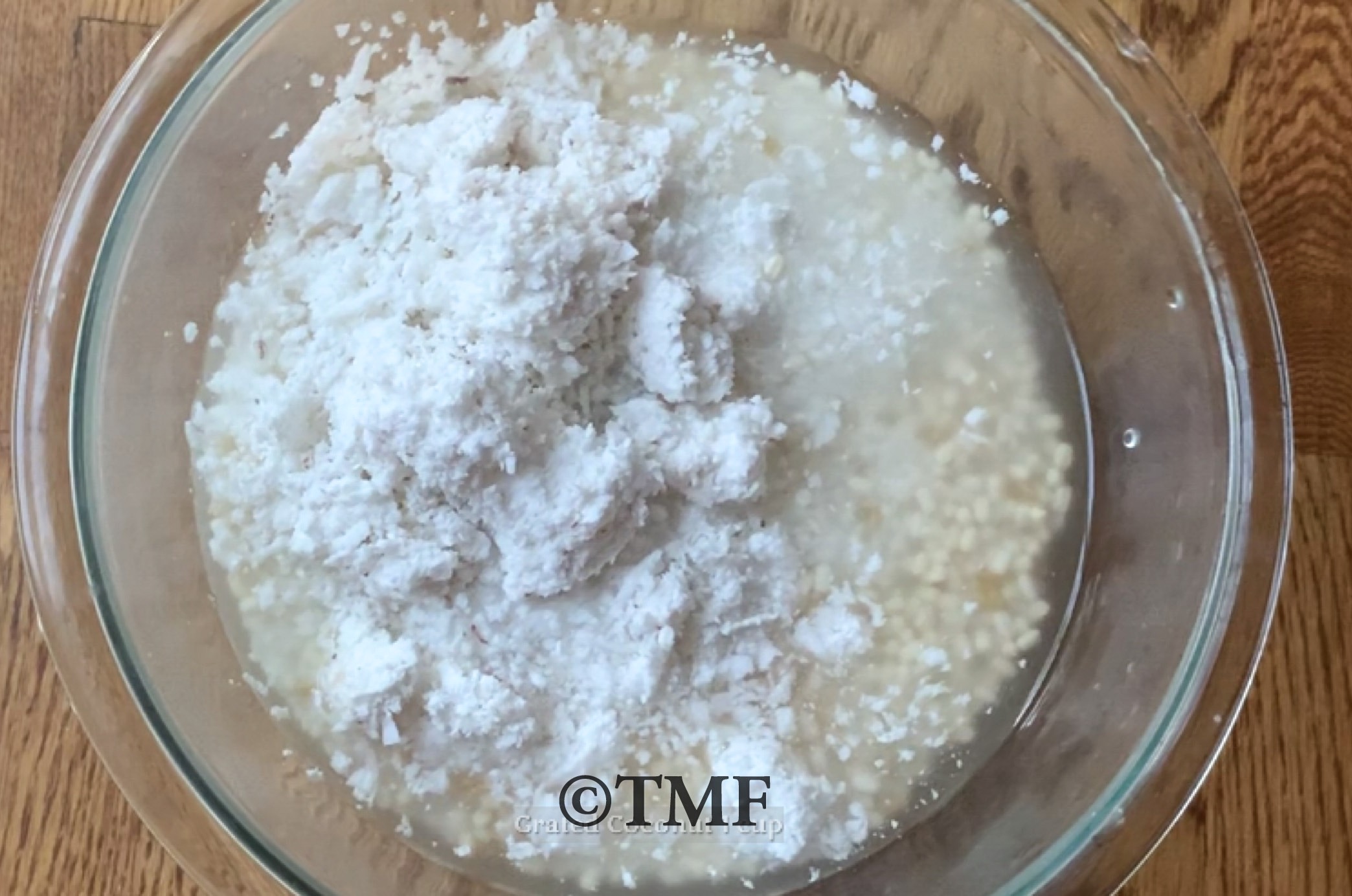 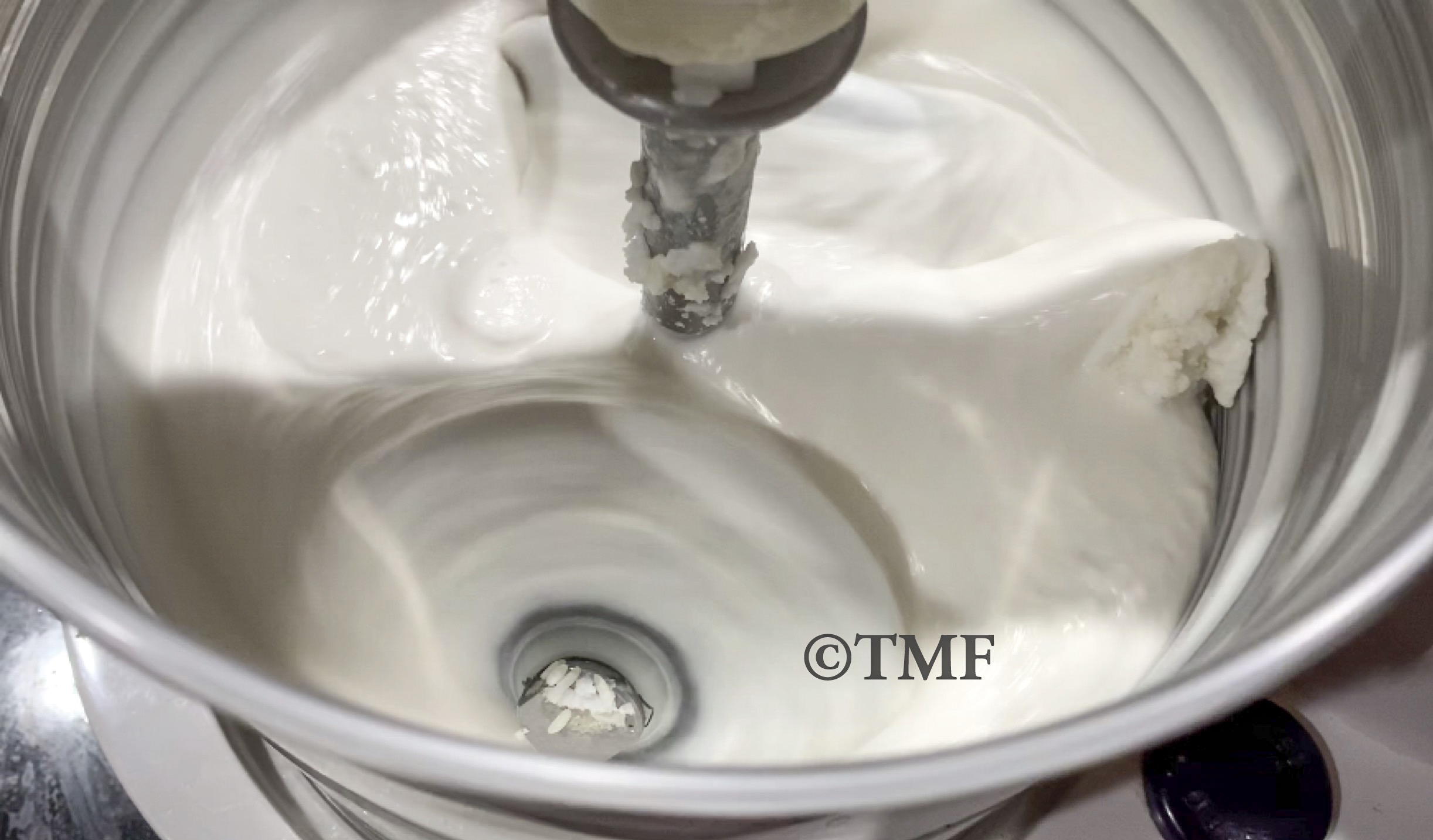 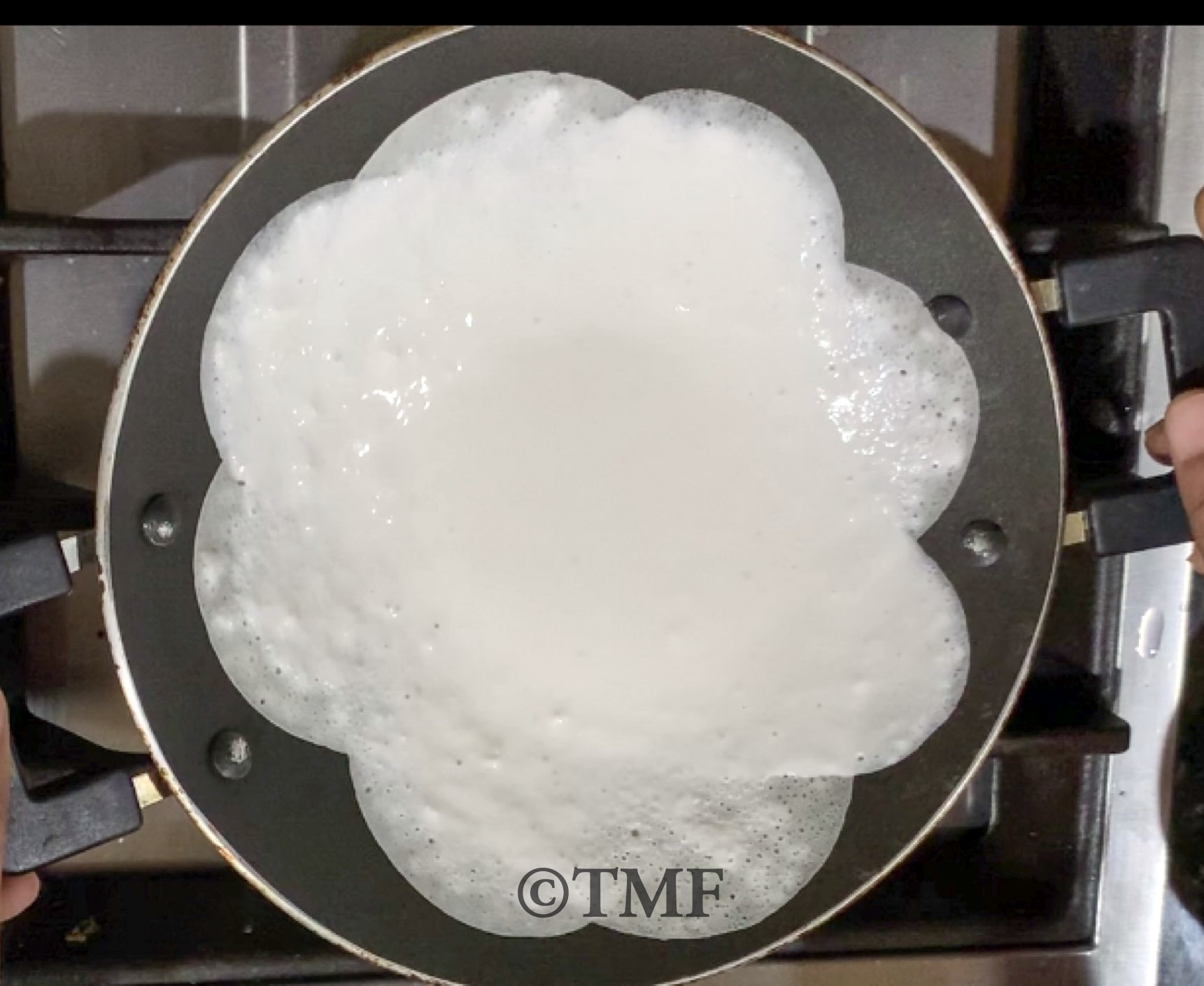 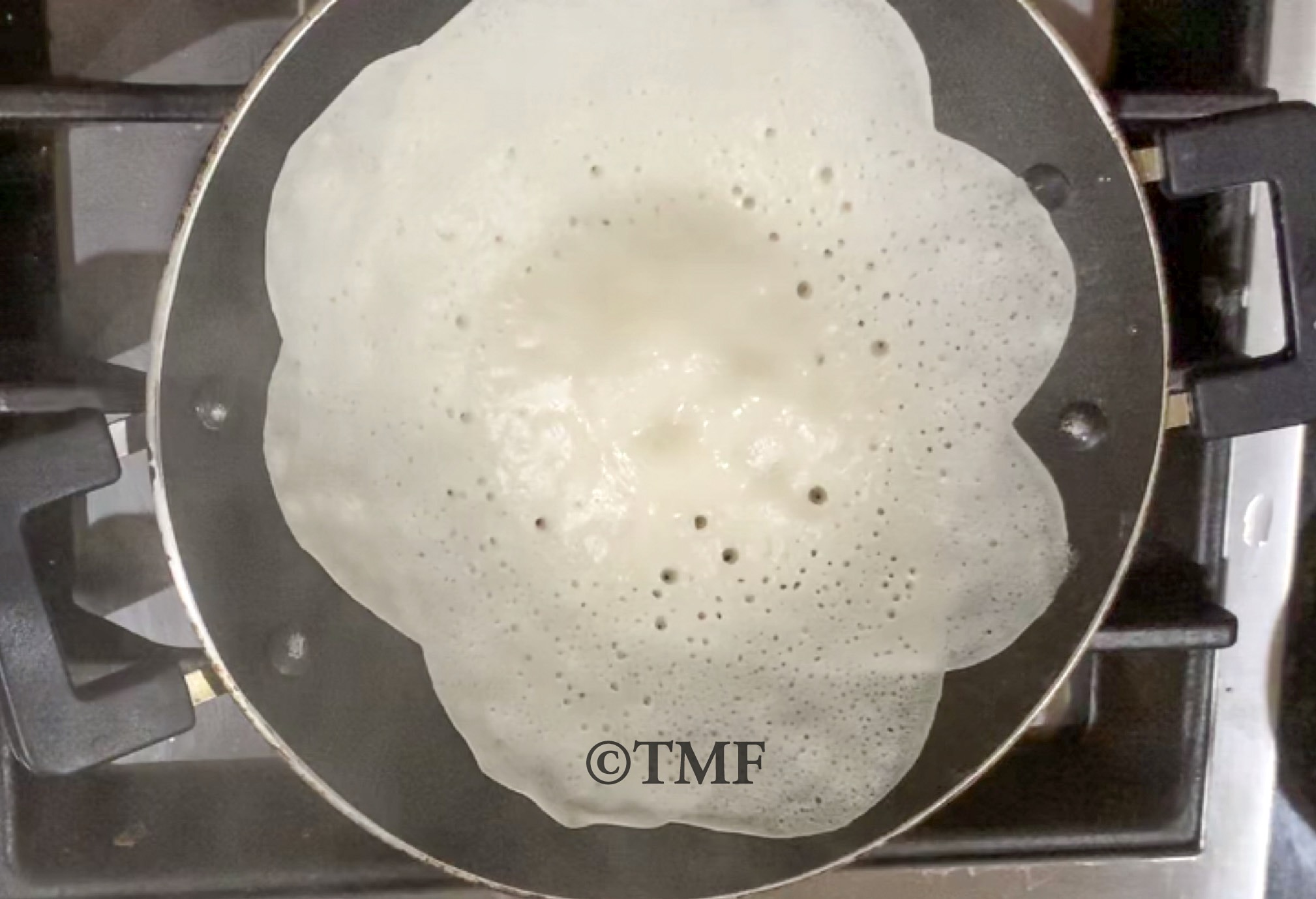 Get Recipes to your inbox

Search for a recipe

Hi, I am Vidya Srinivasan. Thanks for visiting my page. I am a traditionalist when it comes to cooking but I love adding modern twists. Read More…